HS Skin Prep Part 2 and some ribs too

Colleen is out of town on business for the next few days, so I had to enlist Sawyer’s help on the -10. Unfortunately, he doesn’t have thumbs, so he was only good for moral support.

Tonight was just like last night. I deburred all the holes on the second HS skin, then scuffed the insides to a matte finish so primer will adhere better. After the scuffing I completed the dimpling. Most of the dimpling is done on the DRDT dimpling frame (which I LOVE) but all the holes that can be reached with the pneumatic squeezer are done with that as it’s even faster. 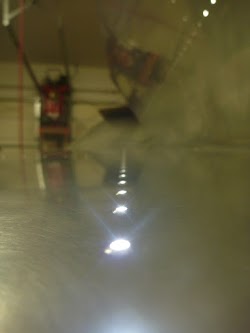 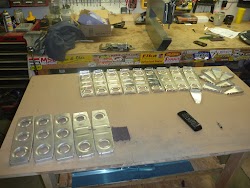 After the skin was finished, I dimpled all the holes on the ribs that will match up with dimpled holes on the skin. After that, I began to scuff the ribs for primer. As I’ve said before, this is kinda mindless work, so I’ve been using this time to get caught up with “The Walkind Dead”… a zombie TV series on AMC. I’ve just begun season two, so no spoilers please! 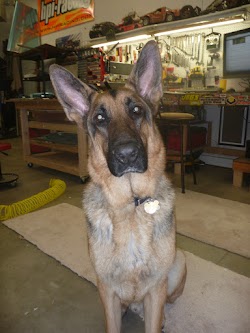 Sawyer is on Zombie Watch