Today was the beginning of the cowl fitting. I started by getting the front “ring” of the top and bottom cowl fitting correctly, and the two cowl halves nesting properly. I accomplished this with a laser level (I love these things!) Pretty straight forward so far.

Then I flipped the bottom cowl over and cut the slot for the nose gear. I cut the slot a little wider than the plans called for, because the nose gear fairings is wider than the dimension the plans called for! I also only cut as far back as the plans say, but from reading about all the over RV10 builders that came before me, this will need to be extended. I’m going to wait until I have everything together before I go crazy with the cutting. I did a quick test fit to see that my leg cut would work, and once I saw it was good (for now), I moved on to fitting the top cowl.

For that, I placed a piece of foam on the flywheel, then rested the top cowl on that and messed with it until it was sitting at the proper height. I’m shooting for a little less than 1/8″ lower than the back of the spinner, because over time, the rubber engine mounts will break in, and the engine will sag a bit. The goal is to have it sag into perfect alignment. If it sags 1/16, I’ll be pretty close to right on. If it sags a full 1/8″, It’ll only be 1/16″ to low. Good enough in my book.

Then it was on to figuring out where to trim the rear of the cowl. Again, starting from the spinner, I’m shooting for a heavy 1/8″ of gap between the spinner and the cowl. Once that distance is set, I figured out where the rear cut line would be. I simply used 2″ tape put on the fuselage flush with the edge. Then when the cowl is laid on top, you can just measure 2″ forward and mark a line. It will be exactly where the edge of the cowl is. I was very conservative with my first cut, and I did need to go back a bit to get everything right on.

This same basic process was repeated with the cowl bottom. 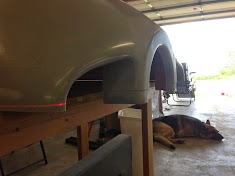 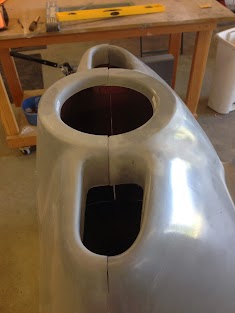 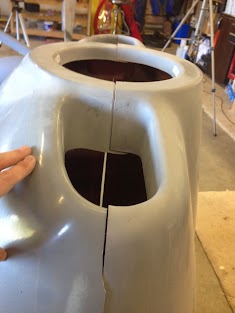 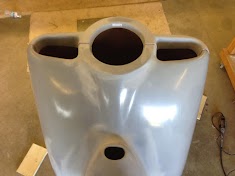 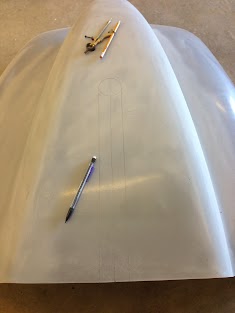 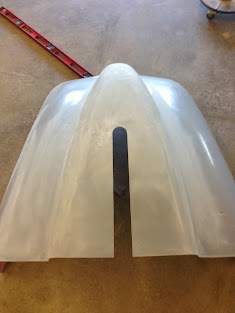 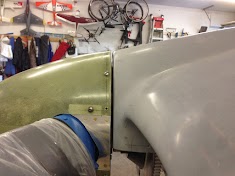 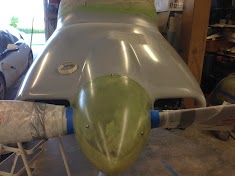 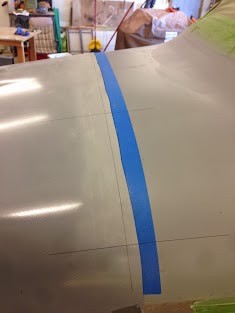 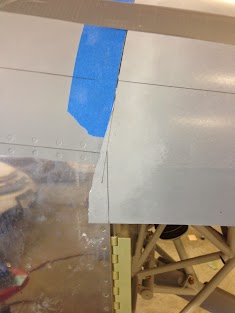 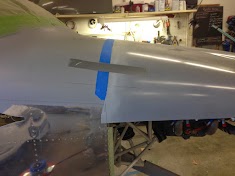 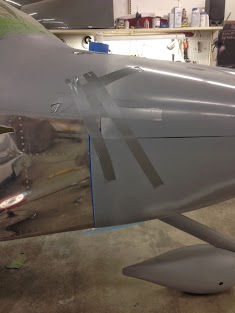 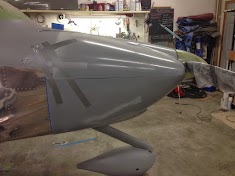 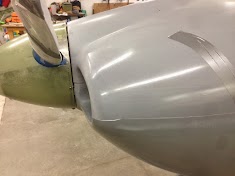 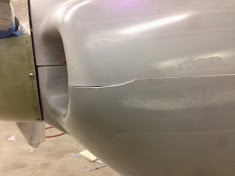 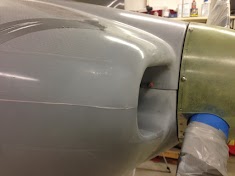 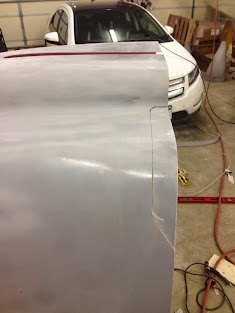 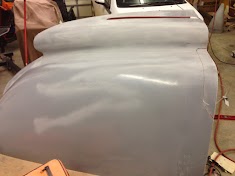 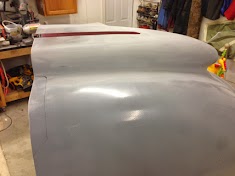 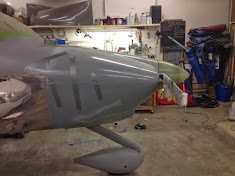