Starting on the Horizontal Stabilizer

I still have to wait another 24 hours for the pro-seal to finish curing on the rudder before I can continue with that, so I figured I’d get started with the horizontal stabilizer. We had a bunch of stuff to do after work, so I got a late start on the plane. I was tired, so I told myself to “just get out there and put in an hour.” Three hours later, I started cleaning up! Oh well!

The first step is to take the main spar that goes the full length of the HS and fit a doubler plate in the center, and match drill it. Then you match drill a few hinge brackets, and create another hinge point that has a bearing in it. That’s all pretty simple and straight forward. 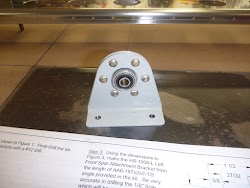 The next part has you fabricate two brackets from a piece of stock angle aluminum. The purpose of these brackets is to HOLD THE STABILIZER ON THE PLANE, so no pressure. Going very slowly and delibratly, I marked up the aluminum and cut the brackets out on the band saw. And I only messed ONE up, and had to make a new one from the extra angle (at least I hope it was extra!) In the end, after the cutting and drilling and deburring and sanding, I have two very good looking brackets! (I could have bought these brackets from a 3rd party pre-made, but I wanted to give it a shot myself first… and save $30!) 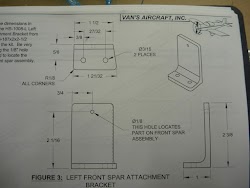 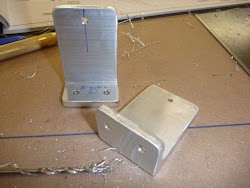 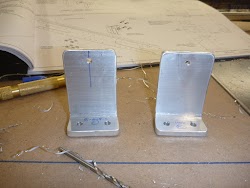 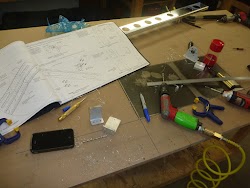 Tonights video isn’t very good. Unfortunately, when I set up the camera, I didn’t take into account that I’d be spending so much time on the band saw… so it’s out of frame. Oh well, it’s only 1m30s long! And now I know better for next time.