Because of the fiberglass window surround, I’m masking the windows a little inside where the fillet ends on the other side of the window.

Also, don’t do the masking in the order I did in the video. Since this video was captured, I’ve redid the masking. The best order for the tape is:

After the masking, I worked on finishing up the fillet between the lower part of the door opening and the fuselage. This will visible when the plane is finished, so I took some time to make it look as nice as possible.

And finally, to see exactly what would be visible on the finished plane, I did some rough fitting of the Aerosport Products interior panels. I’ll do a fill video review of these panels in the near future, but for now, I can say that they look great, and they need very little (if any) trimming to get them to fit perfect. The only real trimming I’ve done so far is around the forward door pillar, and that’s because I departed from the plans and filled that area in. 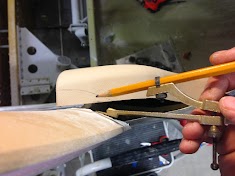 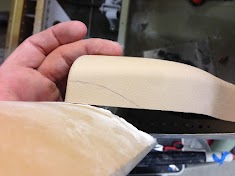 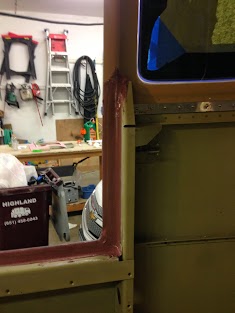 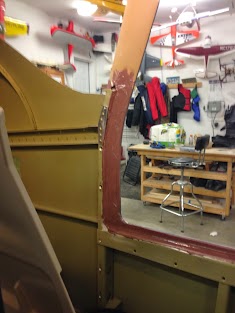