Tonight we Colleen got her first taste of deburring holes, and the DRDT-2 got it’s first shot at dimpling real airplane parts. Both did a great job, but Colleen was better at conversation! 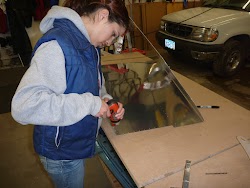 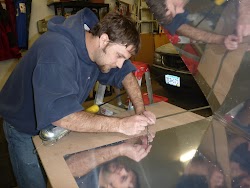 Deburring holes is FUN! I hope there is more as the build progresses!!

After the inside of the skin was deburred, we removed the protective blue plastic covering from the areas around the rivet lines. The blue plastic protects the all aluminum “AlClad” surface of the skins from scratches in shipment, and in building. We could have just as easily removed all the plastic, as the skins will be scuffed up before final paint anyways, but I’m OK taking my time, and hangar rash is something that’s always been a problem for me with my RC airplanes. 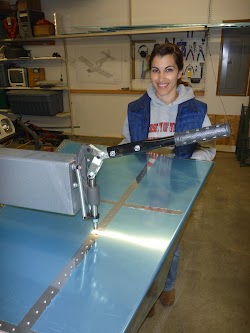 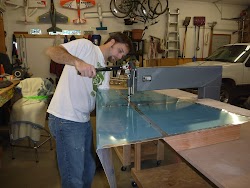 The DRDT2 makes dimpling very simple. You just need to be careful to only dimple existing holes… not make new ones (which hasn’t happened… yet!)

And as always, here is a quick vid of tonight’s work: