I’ve been both looking forward to this section, and dreading it. It represents one of the last big structural components of the plane, but fiberglass work is a big unknown to me. So let’s jump in!

I began by making reference marks on the fuse. These will help me locate the holes that are drilled thru the cabin top into the fuse to secure everything together.

After that simple task, I got the cabin top down from the ceiling, and wheeled it outside. I located the scribe marks that the plans mention (these show the builder where to cut the top down to), and confirmed their locations. I’ve heard horror stories about these lines being way off, or non-existant, or even multiple lines that are all off… but mine were pretty close to where they were supposed to be.

I then began the rough cuts to bring the cabin to it’s proper dimensions. Van’s supplies 3 cutting discs for a die grinder, but they are the worst discs I’ve ever used. It took all 3 just to cut out one side. I gotta make a run to harbor freight for some more discs and to pick up a belt sander. 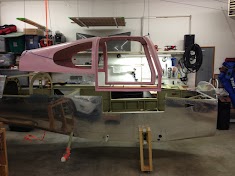 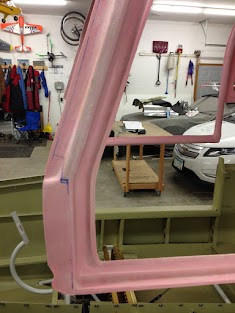 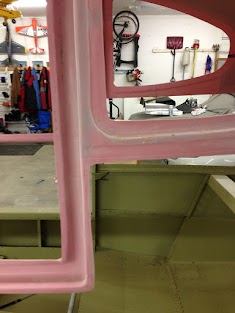 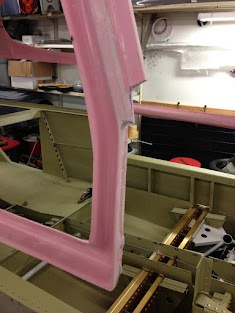 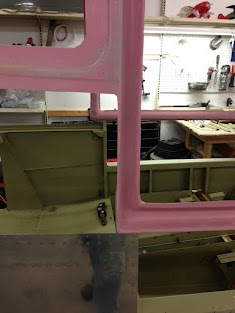 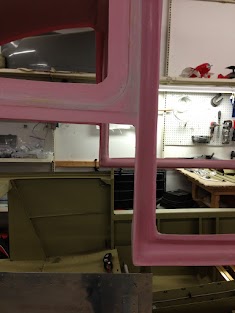