The rudder is done!

I almost didn’t go out to work on the plane tonight because I was pretty nervous about messing up the rudder trailing edge. If it’s riveted wrong, it could end up wavy and twisted. After dinner, I decided to bite the bullet and just get it done. And now it is! 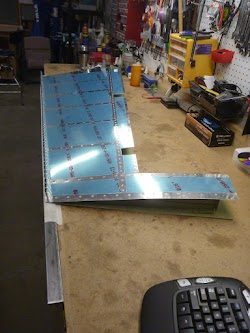 I started by removing (peeling) the rudder from the angle iron and cleaning up the pro seal from the holes. I then re positioned the trailing on the angle so the holes I had already drilled did NOT line up with the holes in the rudder, so I could have a solid surface behind the rivets for back-riveting. Then I drilled 7 new holes to hold the rudder to the angle iron to keep everything in place while I riveted. 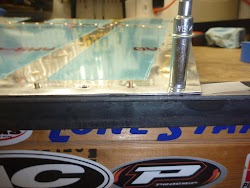 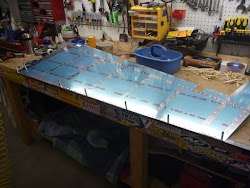 I put in every other rivet from one direction, and set them in a random order with the flush set. After those rivets were set, I pulled the rudder from the angle iron to make sure everything was straight. If there was a bow, I would have flipped the rudder, and did the rest of the rivets from the other side to counter-act the first ones. But it was perfectly straight! Whew!

I put in the rest of the rivets the same direction as the first group (except for the 7 holes blocked by the clecos) and quickly finished those up. Checked it all out, and still straight! 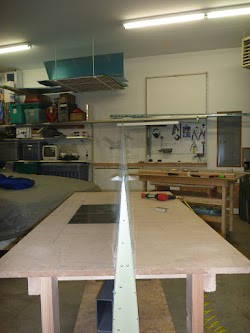 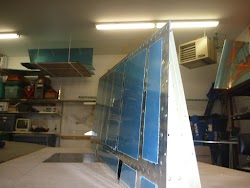 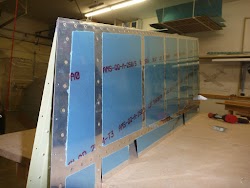 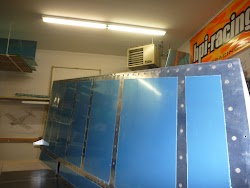 The last 7 were set using my normal back riveting plate, and I did another quick hit on each rivet from both sides to make sure they were all flush. And with that the trailing edge was done!

I finished up the rest of the rudder, including the riveting in the spar (which was actually supposed to go in before the trailing edge was riveted, but I was too focused on getting things straight and went out of order), rolling the front skins, and fitting the lead counter-weight. That was all straight forward and went without a hitch. 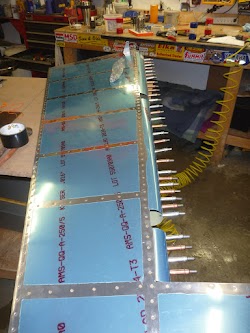 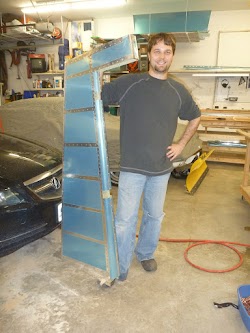 And no. The Trans Am doesn’t have a plow on it. It’s just being stored there!!!

And now the rudder is done! (with the exception of two rivets in the bottom rib that I still need to get). Time to really dig into the horizontal stab!

2 thoughts on “The rudder is done!”