The chicks are home!

They’re eating, drinking, sleeping and pooping just fine (what else is there in life?) I can’t get over how adorable they are!  And I’m already starting to see their personalities emerge.  The California White seems to already be at the top of the pecking order.  When I picked them up from EggPlant she was definitely the loudest one.  The Rhode Island Red is very curious and is always the first to try something new…

I still have the paper towels down and will probably take those out on Sunday – they’re understanding that they’re supposed to eat the chick feed so hopefully they won’t eat the pine shavings.

The first night I didn’t bug them too much but made sure they stayed clean and had food/water.  I’m sure they were in shock from their constantly changing settings since they were born so I wanted to give them time to just relax.  And that they did.  I’ve been hovering around a lot more yesterday and today.  Yesterday they started eating food out of my hand.  Now this is their routine: EAT, DRINK SOME, PECK AT MY SIS, POOP, EAT SOME MORE, KICK AROUND THE FOOD AND MAKE A MESS, SLEEP,  ZOOM ACROSS THE BROODER, POOP, SLEEP.  Kind of reminds me of a puppy except at 5 second intervals.

Today was the first day that I allowed Sawyer to sniff the chicks.  It’s very important he understands to respect the chickens and let them be.  After he sniffed (no nipping or growling) I reinforced the good behavior with some chicken (ummm…I realized that this was particularly weird for me to be feeding him chicken for learning not to eat the chickens).   So this will be reinforced every day – no bad behavior tolerated.  I’m thinking ahead to the days when we’ll be able to let the chickens free range when we’re outside with Sawyer.  Let’s all get along, PLEASE!

So the first few days are going really well!  Only lil snafu was Friday morning after I changed their bedding the water somehow got tipped over (CALIFORNIA! – hey maybe that’ll be her name….Eddie was going for JERK Chicken)  So I had to take out the wood shavings and paper towels and put new stuff down.

The first night after I got them I had a horrible nightmare they drown in the toilet:( 🙁 Which is ridiculous.  #1 – They can’t get out of their brooder.  #2 – How would they open the toilet?  But I guess that just means my subconscious is thinking about them too.  Okay, I’d better go check on them again:)  NITE NITE!! 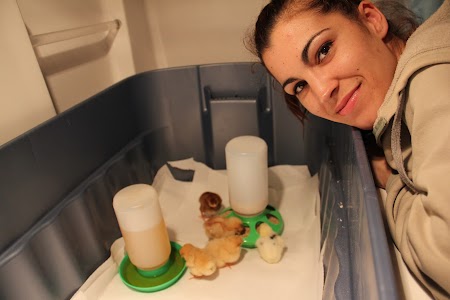 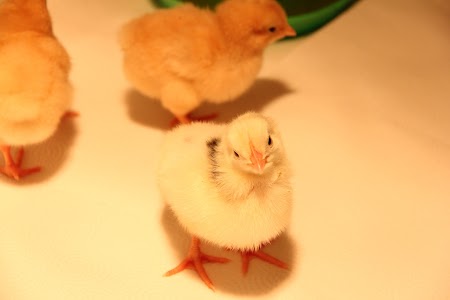 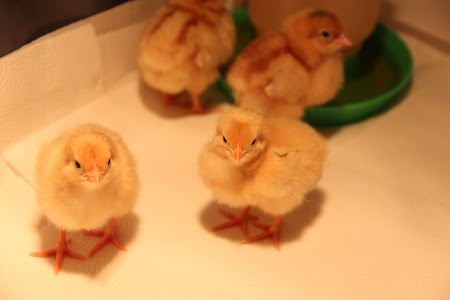 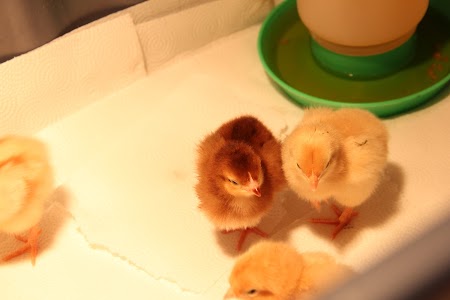 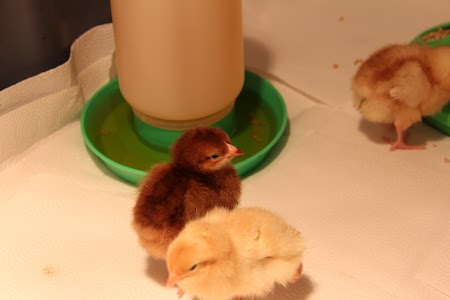 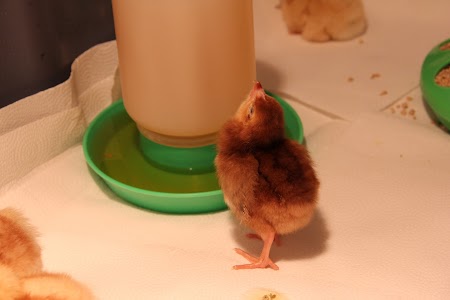 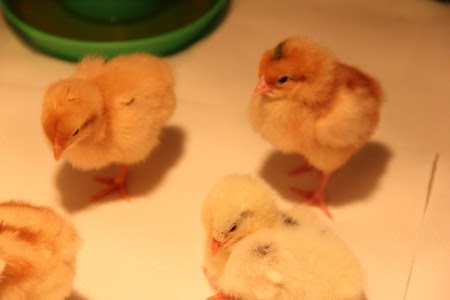 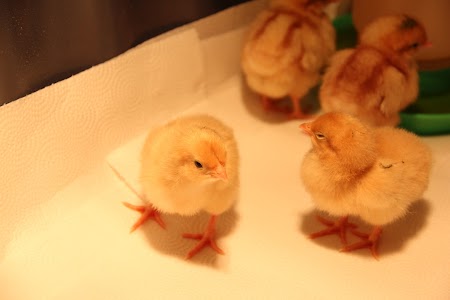 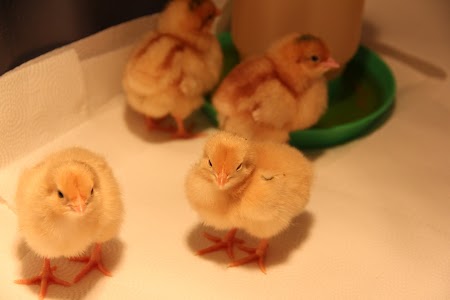 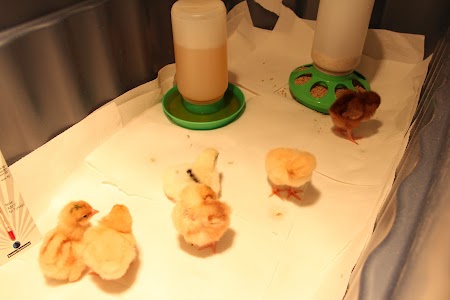 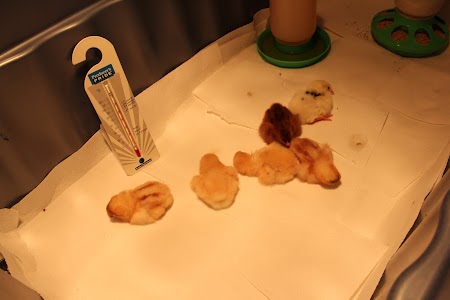 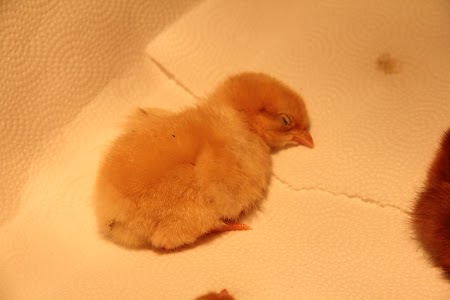 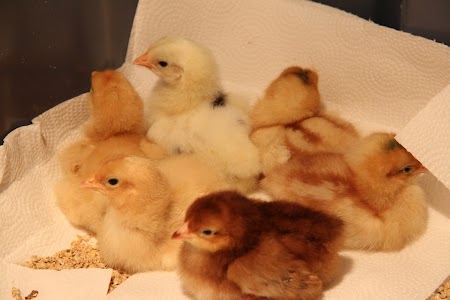 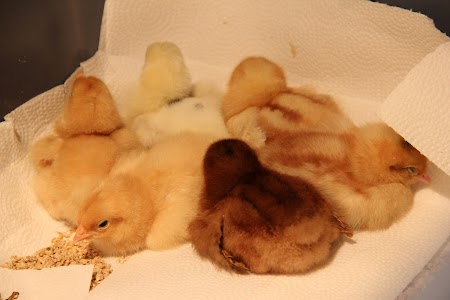 3 thoughts on “The chicks are home!”