Continuing on where I left off last night, I placed the forward longerons and got them riveted to the appropriate brackets on the firewall. Fir forward most rivet on each longeron may be the trickiest rivet I’ve needed to set yet, as there is almost NO room to get a bucking bar in there… even my nice small tungsten. I ended up using an old dull cold chisel I had laying around. It actually worked pretty well! 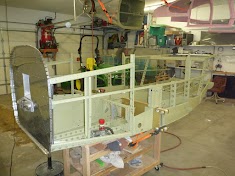 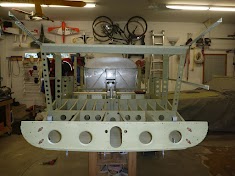 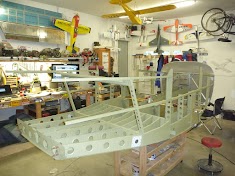 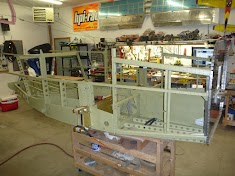 Next, I back riveted a few braces to the side skins that the baggage floor will eventually connect to, and then drilled some holes thru the rear bulkheads for wiring conduit. I’m going to run my conduit the same way that Tim Olsen did, as shown on his site.

And finally, I decided to build doubler plates for my comm antennas while I still had easy access to the floor under the rear seats. I’m going be mounting two Commant bent whip communications antennas on the belly of the plane. These will be located under the rear seats in the second rib bays from the outside. This will keep them far enough away from each other to keep them from interfering.

Since the antennas are going in a location where they just have skin for attachment structure, I needed to build some doubler plates. These plates will attach to the bulkhead and the seat ribs on either side of the plate to give a very strong mounting base.

The doublers are build from some scrap aluminum I had left over from the tail kit. I cut the aluminum sheet to size, and bent the front edge to give me a flange to mount to the bulkhead. I then made a little joggle for where the sheet overlaps the lower seat rib flange, allowing the doubler to sit flush against the bottom skin. I also had to cut out there the existing seat rib rivets hit the plate. 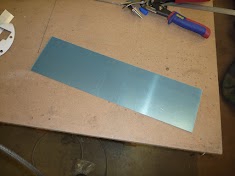 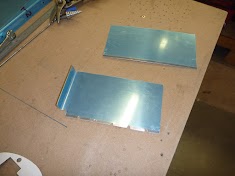 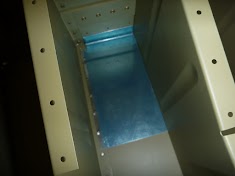 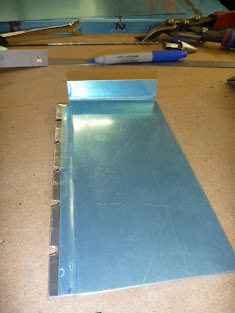 Next, I cut up some angle aluminum to give me a way to attach the plate to the ribs, and match drilled, countersunk, and dimpled as needed. I then primed them up. 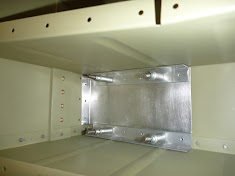 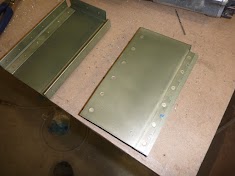 Final installation will need to wait until I get an angle attachment for my drill, as it’s a pretty tight fit in there.