Putting it all together, part 1

Today was the first day that I could actually see part of an airplane in my garage… instead of a bunch of airplane parts. I began what has been my favorite part of the build so far, bolting all the parts together!

I started by getting the rod end bearings threaded into the elevators and set to the correct depth. This involved a lot of “on again, off again” with the elevators to the horizontal stab. I got the hang of that procedure pretty quickly, so it wasn’t a big deal. Once both elevators were attached to the stab, I had to drill holes in the elevator control arms to match the center bearing on the stab. Van’s provides a drill bushing to keep this hole perfectly in line with the bearing, but the drill bushing had to be machined down a fair bit before it would fit in the bearing. This was just a matter of putting the bushing in the drill press and holding a file against it. 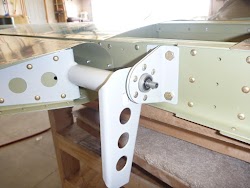 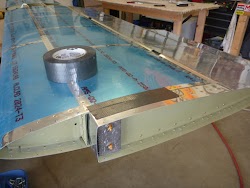 With the elevators attached, the next step was to drill the ends of the elevator control arms for where the main elevator push rod will connect. These holes will also determine how the two elevators sit in relation to each other (whether they are flush to each other) so it was a critical procedure. You duct tape the elevators so they are perfectly in-trail, then drill your hole with a drill bushing that I made out of MDF on the drill press. 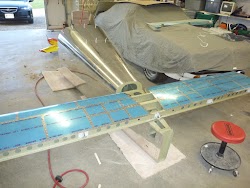 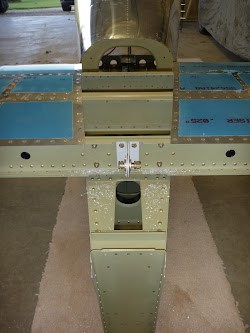 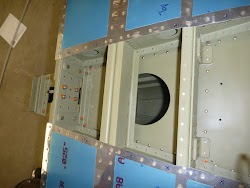 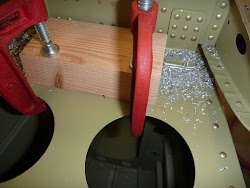 Having the horizontal stab firmly bolted on, it was time to get the vertical stab installed. This was quite a bit quicker than the HS as there isn’t any alignment needed. Just final drill a few existing holes and bolt it down. Colleen and I then bolted the elevators back on. Even though it’s not called for until a few steps later, I also installed the rudder after I stopped the video. I just couldn’t wait to see what the “final product” would look like! 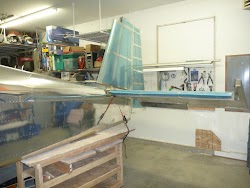 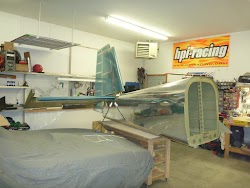 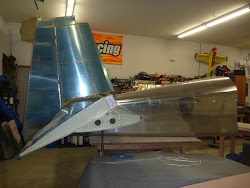 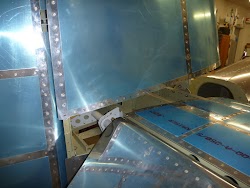