I finished up putting the pilots door handle parts together. The last step that I needed to do was to cut the stock pushrods down where they extended from the door. This is to accommodate the aftermarket PlaneAround angled door pins that I’m going to be using.

Once that was done, I moved on to the right door, and did it all again.

I also made a modification to the door safety lock. All the safety system is is a roll pin that nests into a plate when the button isn’t pushed, preventing the handle from turning. The way it’s designed, it will lock in the closed position as it should, but it will also lock in the full open position, since I’ve converted my handle to turn 180 degrees.

Luckily, Sean at PlaneAround thought of this too, and provides a longer roll pin to replace the stock one. You install this pin with more sticking out of one side, instead of even like the stock one, then you file out the opening on the handle plates on only one side.  This is really one of those “pictures are worth 1000 words” things… so here’s what I mean: 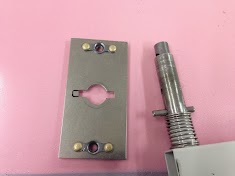 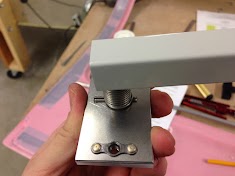 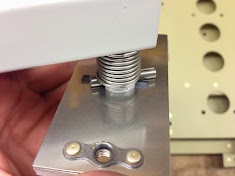 With all that finished, it was time to match drill the door pins into the fuselage. This was accomplished by putting the door back on the hinges, and screwing some sharpened bolts into the door pushrods. Then with the door closed in the exact position I wanted it, I turned the door handle, and the sharpened bolts were pushed into some masking tape I had put on the fuselage. Then I just opened up the door and drilled where the marks in the tape were. I screwed the regular door pins back in, and after cleaning out the door pin holes a bit, I was able to close, and latch the door!

It’s still more friction in the system than I like, and the pins seem like a tight fit, but I’ll still have a little more to do with the door hardware before I’m fully to the point of tweaking the system to a finished state. 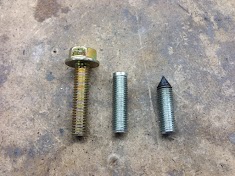 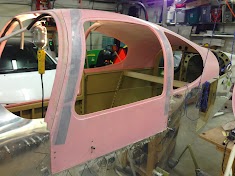 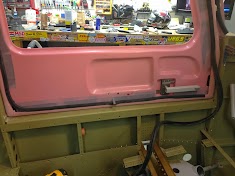 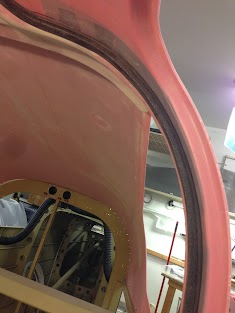 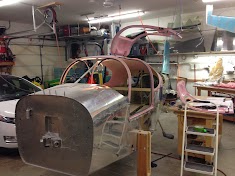 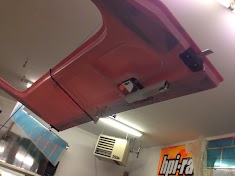