Today I fit the lens for the right wing tip. It’s funny how much faster everything is the second time you do it. With the lens fitted, that completed the Duckworks install kit for now. Further work will be done way down the road when I’m doing final electrical installation in the plane.

Up next is the angle of attack system. This system will replace the standard stall warning tab that many planes have. It serves the same function, except instead of just a buzzer when you are close to a stall, this system tells you exactly how close you are to a stall on a scale. It also tells you when you are at the perfect angle of attack for landing. All in all, a much better system.

The AOA system simple consists of a tiny port on the top and bottom of the wing, and the fittings that allow you to plumb that port into an air line. The location of the ports is pretty critical, but luckily, Advanced Flight Systems lists the measurements for the RV10 specifically. 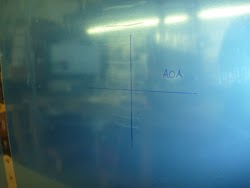 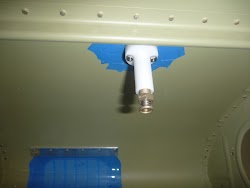