The goal for today was to get the hinges installed on the pilot door. To accomplish that, I first needed to make sure the upper door edge and the top 8 or so inches of the sides of the doors fit well in the cabin top. So, it was more on/off with the door, with some more belt sander and sanding blocks in-between. 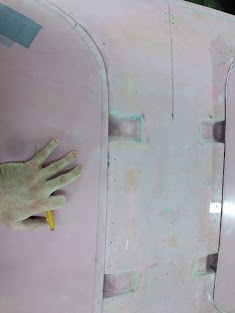 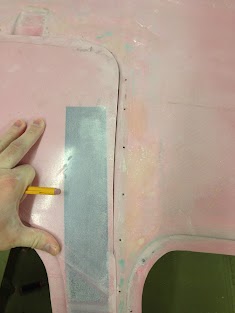 Once the upper portion of the door was fitting very nicely, I began to work on the hinges themselves. The hinge pins are actually just AN3 bolts with the threads cut off. After those were made, I had to figure out how the hinges were going to sit in the cabin top. There are pockets that the hinges sit in, but they weren’t low enough for the hinge to sit flush, and the surface was pretty uneven. To fix both of these issues, I popped a router attachment and bit onto the dremel and routed out the bottom surface of the hinge pocket. 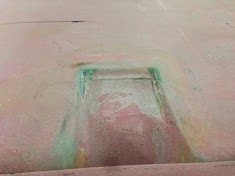 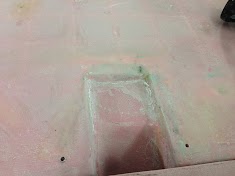 With a level surface for the hinges, I located them in the pocket, placed a straight edge between the two hinges to make sure they were lined up, and match drilled them to the cabin top.

Next, I made sure the doors were tightly in their final position and duct taped them in place. I then crawled in the plane (thru the window!) and match drilled up thru the door side of the hinge into the door. I popped some temporary bolts in place, and I had a working hinge! 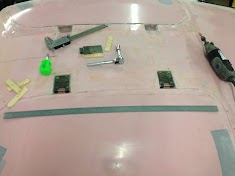 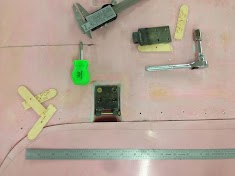 With the hinges in place, I was able to make pretty quick work trimming down the sides of the doors. I could just close the door, mark 8-10 inches of area that needed to be trimmed, hold the door open a few inches, and hit it with the belt sander. Then close the door, see how close I am, and do it all again.

I was able to trim all of the pilots door except for the bottom edge. I need to get the cabin top screwed down a little tighter before I do that edge. In the mean time, I have a lot of work to do on the passenger side. 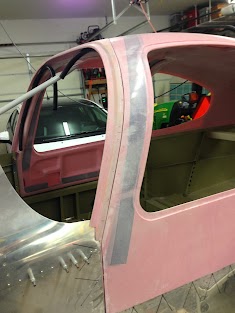 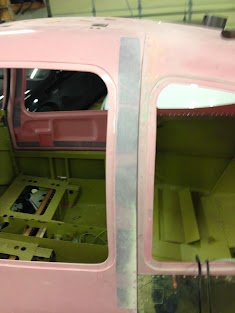