Tonight was the second night working on the flaps, but it was one of those days when you start with a big pile of parts and end up with something that looks like a real airplane part!

I started by trimming down the flanges of the flap ribs. Why they don’t just cut them that way at the factory, I don’t understand. Next, I edge deburred all the flap parts I’ve worked on up to this point.

Then came the fun part. I assembled the skeleton of the flaps, put the top and bottom skins on, and put the nose rib on. Finally, I cut down some aluminum wedge for the trailing edge. 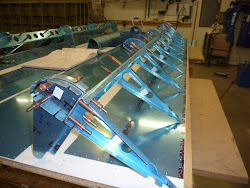 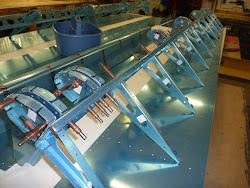 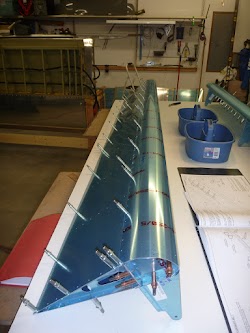 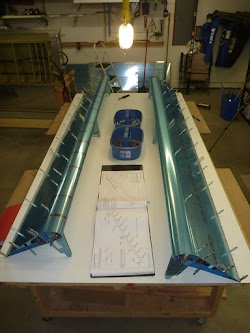 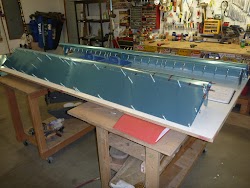 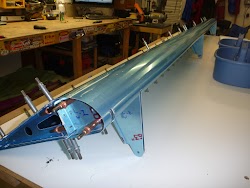 I had a little mess up with the video tonight. I turned it off to get a snack from inside, and forgot to turn it back on. So I’m missing about 45 minutes of work, mostly consisting of finishing joining the bottom skin, and nose skins. But don’t worry. There will be video of me taking it all apart, then putting it all back together again for final riveting!

One thought on “Flaps day 2”