Tonight was a continuation of the installation of the Duckworks leading edge landing light kit. On the wing I started on last night, I got the top bracket riveted into the wing, and the bottom bracket built, riveted, and located on the wing. I also got the plexiglass window cut to shape and installed. It’s covered in blue painters tape to protect it, and I’ll leave it that way until it’s time to fly. 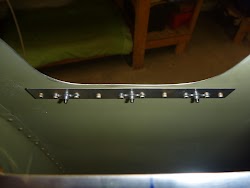 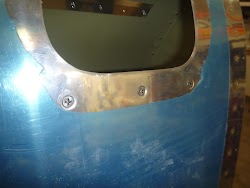 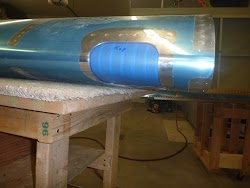 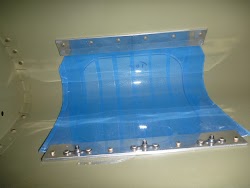 At that point, there isn’t anything left to do until I have the actual landing light on hand, and I’ll be waiting until I’m much closer to the end of the build to install those. I’m hoping that LEDs will come down in price in the meantime!

Having finished one wing, I started the second. Now that I know exactly how it goes together, the second installation is going much faster! The tray is built and the ribs have the nutplates installed. Next time I’ll just need to build the brackets, install them in the wing, and cut the window to shape… and it’ll be on to the next thing! 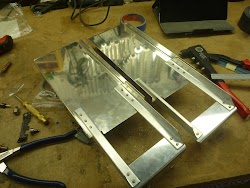