Tonight was one of those fun nights where you get a lot of small steps done relatively quickly. In two hours, I almost finished up two pages worth of steps!

Tonight consisted of edge deburring all the parts that will be used in the “Rear Wing Spar” section. Some of these took a bit of time as they had tight inside edges that had to be done by hand.

Once all the parts were deburred, I pre-assembled the aileron hinges, match drilled, countersunk (where necessary) and deburred the holes. These parts are now ready for primer.

I also match drilled up some doubler plates that will attach to the rear spar where the hinges mount. 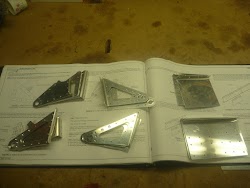 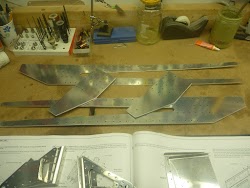 In tonight’s video, I did a crummy job of repointing the camera as I moved around the shop, so you get to look at the top of my head as I match drill my aileron hinges!

One thought on “Beginning the rear wing spar”